Goodwill is a strange and unpredictable phenomenon. 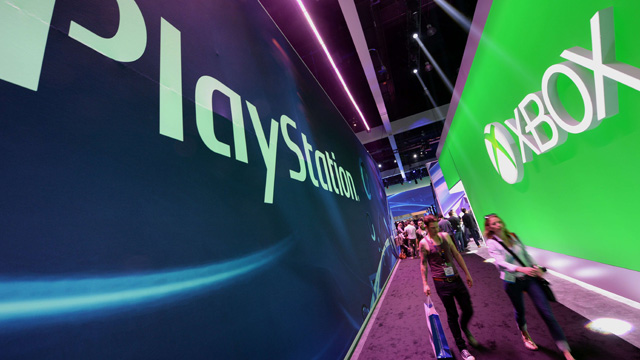 Link to video: E3 2013: Xbox One and PlayStation 4 on display for gamers at LA convention


Goodwill is a strange and unpredictable phenomenon. With Xbox 360, Microsoft managed to ride out serious technical issues (the infamous “red ring of death” furore) to deliver one of the most acclaimed games consoles ever manufactured. The machine’s considerable power, married to excellent online functionality, led to sales of more than 75m units, bringing in over 40 million users to its Xbox Live connected gaming service. Through this console, Microsoft also invented two of the most canny social play features of all time: Achievements and the gamer score. These interconnected systems created a community of super engaged gamers who competed against each other even when playing alone.

Oh for that goodwill now. Since the unveiling of Xbox One at the Microsoft campus in Redmond in May, the company’s console brand has been battered. During that event, the forthcoming machine was heavily pushed as an all-encompassing set-top box, capable of delivering premium cable television and video chat as well as games. But more importantly, when the specialist press wanted to know about elements such as trading pre-owned games and rumours of a required online connection, executives fudged their responses. Through the following days, they presented a confusing vision of a machine that would only allow players to share their games in certain circumstances (rather like sharing digital app, music or movie files), and that needed to be online at least once every 24-hours to authenticate itself with servers. You can, it seems, make a one time gift of your game to another gamer, but only if they’ve been on your friends list for more than 30 days – you won’t be able to lend out your games to multiple friends. In a sense, the game disc is just a means of downloading the digital data to the console. The sense of you “owning” that physical copy is muddied – a fact that Sony mercilessly parodied with its “How to share a PS4 game” viral video.

There has been a predictable backlash in the specialist press and on games forums, where veteran Xbox fans feel betrayed and sidelined. There were rumours that Microsoft was being pressured by powerful third-party publishers such as Electronic Arts to include restrictive DRM in the XBox One infrastructure, thereby protecting retail revenues – but recently, Peter Moore, EA’s chief operating officer has sought to distance the company from Microsoft’s apparent machinations. One can only imagine the fraught discussions and negotiations going on behind the scenes.

So what has been the thinking behind this controversial proposition, and why is Microsoft so keen to highlight the wider entertainment functionality of its system? “Microsoft has a corporate desire to own the living room, first identified in the mid-90s: it is not addressing consumers’ needs but Microsoft’s desires,” says analyst and author Nicholas Lovell. “Unfortunately, leaving aside the PR difficulties here, the fundamental strategy is flawed. When the original Xbox was launched, there were three contenders to control the media experience: set-top-box, PC, console. Now there are two more – smartphone and tablet – and I believe they have already won.”

Lovell’s argument, which matches much of the strategic thinking coming out of this sector, is that screened entertainment is evolving into a “second screen” model. Every one has a primary screen – a tablet or a smartphone – which is personal to them, but each household also has a single shared screen – the TV. “In time, the first screen will control the shared screen with no need for a separate box,” says Lovell. He sees a near future in which elements such as access to video-on-demand and live television services are rendered through personal subscriptions on the primary screens, so we won’t need fixed set-top boxes sitting beneath our televisions. And there’s no space for Xbox One in this scenario.

It’s a complex area, however, and there are plenty of pundits who assume Google or Apple will come into the market with a desirable new set-top box proposition or integrated connected TV that does everything from linear media to interactive gaming. Whatever, Microsoft’s land grab on the sector is ambitious and clearly alienating to the passionate Xbox demographic.

More troublesome though, are the restrictions placed on the process of both gaming and sharing games. Xbox One players will need to connect to the internet every 24 hours if they want to continue playing games. If you disconnect your console from the net, you’ll only have a day before it blocks access to your games and asks for re-connection. And if you want to trade in or share games, you may need to abide by rules set down by Microsoft and/or publishers.

“There are three key elements in play here in relation to Microsoft’s Xbox One used game and authentication policies,” says analyst Piers Harding-Rolls, head of games at IHS ScreenDigest. “First is maintaining the status quo of used games as currency for buying other games. Second is supporting the industry by giving publishers an opportunity to have a share of used game sales. This will have been considered in conjunction with the major publishers. Third, is putting in place a set of policies that can work as the market shifts away from discs to digital purchases: we believe this is the driving factor behind the new licensing and online authentication policies.

“Developing a set of policies that delivers the above is a significant challenge and is breaking new ground. Unfortunately, to enable the company to future-proof its strategy and give publishers a chance to access a part of the market that was previously closed off to them, the incumbent disc-based used game market is going to have to be managed differently.”

At the centre of all this is an apparent insecurity over the specialist gaming market. “I think triple-A publishers and console manufacturers generally fear that the number of addressable gamers has contracted a little, so they want to ensure they can make more from less,” argues Rob Crossley, associate editor of game site, computerandvideogames.com. “Microsoft wants to draw the most money out from its high-paying core base, and restricting and controlling used game sales would allow it to tap into the pre-owned market, which has already proven to be lucrative for retail chains. This decision was driven, in part, by the pressures that come with increasing game development costs, the rising costs of competing with Sony, and the internal pressure on turning a profit in the console business quicker than before.”

In many ways, the biggest problem so far has been communication. Microsoft attempted at its May event to convey the benefits of an integrated entertainment system – great access to live sports, video chat, seamless movement between TV and gaming – but what its core Xbox fanbase heard was less focus on games and more complex access and use of those games. There has been a disconnect between Microsoft’s concept of the consumer and the realities of a fragmented entertainment market. “I don’t think the company expected this kind of vitriol,” says Crossley. “Microsoft knows its audience will pay extra and give up more if the reward is big enough (expensive Live Gold subscription a good example), but this time the company hasn’t expressed any beneficial outcomes of its new policies. The only thing people know and care about, really, is what they will be losing. I don’t think Microsoft has thought the whole policy through, in truth.”

The strange thing is, a fundamental truth of the gaming and wider consumer electronics sectors seems to have been lost: the power and influence of the early adopter. Conventionally, you need the “geeks” who buy in early to new technologies and share them with family members – it is difficult to bypass these self-appointed brand advocates to reach the mass market. Certainly, the Nintendo Wii was a successful example of an immediately understandable mainstream proposition, but Nintendo was supported by its legacy brands – Super Mario, Mario Kart, Zelda, Metroid. These helped build excitement among veteran fans who then extolled the virtues of the system to family members who in turn lapped up the more casual Wii Play and Wii Sports titles. Nintendo has always understood the intricate, delicate synergy between casual and hardcore gaming: which is why people play Pokemon, Super Mario, etc, into adulthood. These are really deep games.

And of course, what has really exposed the difficulty of the Xbox One strategy is the seemingly opposite approach of PlayStation 4. As Lovell explains, “Microsoft is betting on doing things that make large content makers happy – DRM always on, spending money on NFL and Spielberg etc – in the hope that if there is great content, users will come. Sony is not bending over to make large companies happy, focusing instead on making users and retailers happy, betting that if they have the users, the content will come.

The battle is far from over. Microsoft needs to shift its messaging and really communicate the virtues of a digitally controlled market place. Right now gamers feel as though they are being treated as copyright violators or automatons. It could be that Microsoft isn’t concerned about this, and it could also be that the company is readying a much more palatable version of its content-restricting ecosystem. We don’t know yet – and we won’t find out much more from E3: the corporation was granting very few exec interviews to the specialist press.

But let’s say there has been a thudding realisation within Microsoft that the Xbox One proposition is wrong. What then? Is there a reverse gear? “This is a very difficult question,” says Crossley. “For several years Microsoft has built its new business and console with this ROI plan as a way of justifying the astounding investment. What I’m saying is, the means and ends are intrinsically linked. It’s not like turning off a light switch; if Xbox One scraps this policy, then there’s a massive hole in its revenue projections. Then again, if it sticks with it, the outcome could be much worse.”