The Russian president, Vladimir Putin, has revealed that the surveillance whistleblower Edward Snowden is indeed in a Moscow airport, ending a global guessing game over the US fugitive’s whereabouts. 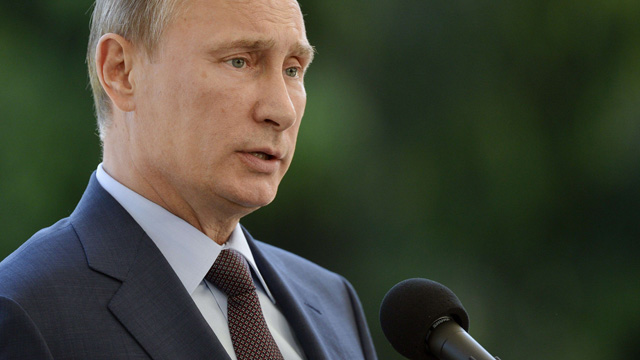 Link to video: Vladimir Putin says Edward Snowden will not be extradited from Russia to America


The Russian president, Vladimir Putin, has revealed that the surveillance whistleblower Edward Snowden is indeed in a Moscow airport, ending a global guessing game over the US fugitive’s whereabouts.

The admission reversed days of Russian obfuscation and came just hours after Putin’s foreign minister said Russia had nothing to do with Snowden’s travel plans.

Putin said Snowden remained in Sheremetyevo airport’s transit area and vowed that Moscow would not extradite the whistleblower to the US. He also insisted that Russia’s security services had no contact with Snowden, a claim greeted with suspicion.

“Mr Snowden really did fly into Moscow,” he said on an official visit to Finland on Tuesday. “For us it was completely unexpected,” he claimed.

The White House responded on Tuesday by saying Russia had a “clear legal basis” to expel Snowden, which National Security Council spokeswoman Caitlin Hayden said was the status of his travel documents – the US has revoked his passport – and the pending espionage charges against him.

“Accordingly, we are asking the Russian government to take action to expel Mr. Snowden without delay and to build upon the strong law enforcement cooperation we have had, particularly since the Boston Marathon bombing,” she said.

Snowden fled Hong Kong on Sunday morning to travel via Moscow to an undisclosed third country, according to WikiLeaks, which said it helped his travel. He has requested political asylum from Ecuador.

Putin said Snowden remained in Sheremetyevo’s transit hall, although the high-profile whistleblower has not been spotted once by the dozens of journalists in the airport since Sunday. The airport has also hosted a heightened security service presence since Sunday afternoon. 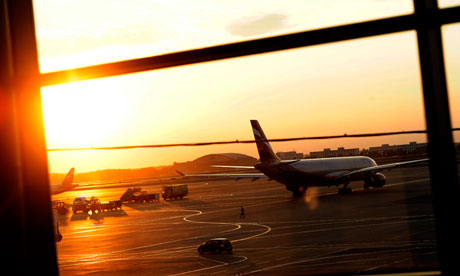 
Putin said Russia’s security services “did not work and are not working” with Snowden, who fled the United States before leaking documents on secret US surveillance programmes. The US has charged him under the Espionage Act.

He defended Russia’s actions and said Snowden, possibly carrying untold numbers of government secrets, was treated like any other passenger. Yet passengers at Sheremetyevo usually have 24 hours to pass through the international transit zone.

“He arrived as a transit passenger – he didn’t need a visa, or other documents,” Putin said. The statement appeared to back comments made earlier Sundaypreviously by his foreign minister, Sergei Lavrov, who insisted that Snowden “did not cross the Russian border” but did not comment on whether he was at the airport.

The US has urged Moscow to hand Snowden over. Speaking in Saudi Arabia on Tuesday, John Kerry, the US secretary of state, said: “I would simply appeal for calm and reasonableness. We would hope that Russia would not side with someone who is a fugitive from justice.” 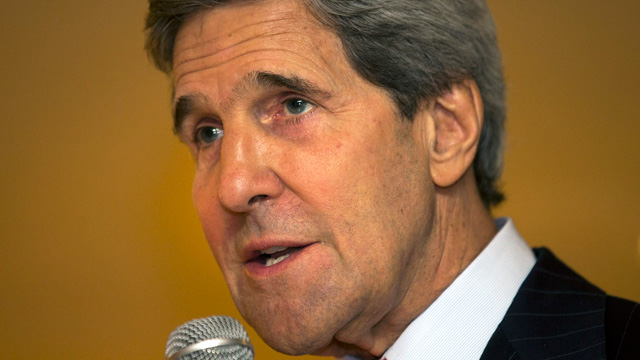 
Putin lashed out at US accusations that the Kremlin was harbouring a fugitive. “Any accusations against Russia are nonsense and rubbish,” Putin said.

He also appeared to throw his support behind Snowden, as well as the WikiLeaks founder Julian Assange, currently holed up at Ecuador’s embassy in London.

“Assange and Snowden consider themselves human rights activists and say they are fighting for the spread of information,” he said. “Ask yourself this: should you hand these people over so they will be put in prison?

“In any case, I’d rather not deal with such questions, because anyway it’s like shearing a pig – lots of screams but little wool.”

After leaking documents that exposed the breadth of the US surveillance state, Snowden has come under fire for seeking shelter in China and Russia, both accused of clamping down on civil liberties.

Speaking earlier on Tuesday, Lavrov insisted Russia did not help Snowden travel: “I would like to say right away that we have no relation to either Mr Snowden or to his relationship with American justice or to his movements around the world.

“He chose his route on his own, and we found out about it, as most here did, from mass media,” said Lavrov.

“We consider the attempts we are now seeing to blame the Russian side for breaking US laws and being almost in on the plot totally baseless and unacceptable, and even an attempt to threaten us,” he said.

China’s top state newspaper had earlier praised Snowden for “tearing off Washington’s sanctimonious mask” and rejected accusations that Beijing had facilitated his departure from Hong Kong.

The strongly worded front-page piece in the overseas edition of the People’s Daily, the official newspaper of the Chinese Communist party, responded to harsh criticism of China from the US for allowing Snowden to flee.

The Chinese government has said it is gravely concerned by Snowden’s allegations that the US has hacked into many networks in Hong Kong and China, including Tsinghua University, which hosts one of the country’s internet hubs, and Chinese mobile network companies. It said it had taken the issue up with Washington.

“Not only did the US authorities not give us an explanation and apology, it instead expressed dissatisfaction at the Hong Kong special administrative region for handling things in accordance with law,” wrote Wang Xinjun, a researcher at the Academy of Military Science in the People’s Daily commentary.

“In a sense, the United States has gone from a ‘model of human rights’ to ‘an eavesdropper on personal privacy’, the ‘manipulator’ of the centralised power over the international internet, and the mad ‘invader’ of other countries’ networks,” the People’s Daily said.

The White House said allowing Snowden to leave was “a deliberate choice by the government to release a fugitive despite a valid arrest warrant, and that decision unquestionably has a negative impact on the US-China relationship”.

The People’s Daily, which reflects government thinking of the government, said: China could not accept “this kind of dissatisfaction and opposition”.

“The world will remember Edward Snowden,” it said. “It was his fearlessness that tore off Washington’s sanctimonious mask.”

The exchanges mark a deterioration in ties between the two countries just weeks after a successful summit meeting between presidents Barack Obama and Xi Jinping. But experts say Washington is unlikely to resort to any punitive action.

A commentary in the Global Times, owned by the People’s Daily, also attacked the US for cornering “a young idealist who has exposed the sinister scandals of the US government”.

“Instead of apologising, Washington is showing off its muscle by attempting to control the whole situation,” the Global Times said.