Daniel Ellsberg, the leaker of the Pentagon Papers 40 years ago, was smeared and denounced at the time

No government or bureaucracy loves a whistleblower. Those who leak official information will often be denounced, prosecuted or smeared. 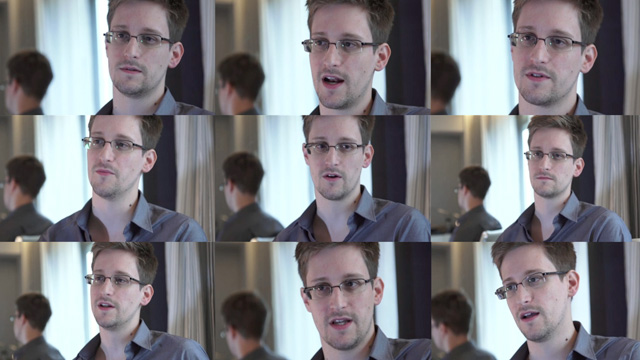 Link to video: NSA whistleblower Edward Snowden: ‘I don’t want to live in a society that does these sort of things’


No government or bureaucracy loves a whistleblower. Those who leak official information will often be denounced, prosecuted or smeared. The more serious the leak, the fiercer the pursuit and the greater the punishment. Edward Snowden knew as much before contacting this newspaper to reveal some of the things that troubled him about the work, scope and oversight of the US and British intelligence agencies. He is unlikely to be surprised at the clamour to have him locked up for life, or to have seen himself denounced as a traitor.

It was also quite predictable that Snowden would be charged with criminal offences, even if there is something shocking in the use of the 1917 Espionage Act – a measure intended to prevent anti-war speech in the first world war by treating it as sedition. On the available evidence Snowden’s almost certain motive for speaking out was far removed from anything resembling espionage, sedition or anti-Americanism. His attempts to stay beyond the clutches of US law may involve travel to countries with a poor record on freedom of expression. But his choice of refuge does not, of itself, make him a traitor. As Buzzfeed’s Ben Smith has written (“You don’t have to like Edward Snowden”): “Snowden’s personal story is interesting only because the new details he revealed are so much more interesting. We know substantially more about domestic surveillance than we did, thanks largely to stories and documents printed by The Guardian. They would have been just as revelatory without Snowden’s name on them.”

America is blessed with a first amendment, which prevents prior restraint and affords a considerable measure of protection to free speech. But the Obama administration has equally shown a dismaying aggression in not only criminalising leaking and whistleblowing, but also recently placing reporters under surveillance – tracking them and pulling their phone and email logs in order to monitor their sources for stories that were patently of public importance.

There is a link to the material Snowden has leaked, and to his stated motive for doing so. In a world of total monitoring – where intelligence agencies aspire to collect and store every single email, text message and phone call – serious investigative reporting becomes difficult, if not impossible. Normal interchanges between sources and journalists cannot take place in such a world. Officials who were once willing to talk are already chilled. In future they would be silenced. Thanks to Edward Snowden we are beginning to glimpse what another NSA whistleblower, Thomas Drake, has described as “a vast, systemic institutionalized, industrial-scale Leviathan surveillance state that has clearly gone far beyond the original mandate to deal with terrorism”.

President Obama has welcomed the debate about the uses, limits and oversight of surveillance – and there is now a vigorous discussion emerging in America and Europe, if not so much in a too-complacent Britain. But a debate is only possible because of the facts which have been put into the public domain, not by government but by a whistleblower and a still freeish press. This much was acknowledged yesterday by the German justice minister, Sabine Leutheusser-Schnarrenberger, who yesterday wrote to our own home secretary in forthright terms: “In today’s world, the new media form the cornerstone of a free exchange of views and information.”

Max Frankel, the 83-year-old former New York Times executive editor, wrote this week in his old newspaper: “As those of us who had to defend the 1971 publication of the secret Pentagon Papers about the Vietnam War have been arguing ever since, there can be no mature discussion of national security policies without the disclosure – authorized or not – of the government’s hoard of secrets.” He is right. Daniel Ellsberg, the leaker 40 years ago, was smeared and denounced at the time. His trial in 1973 collapsed in 1973. History will be kinder to him – and, quite possibly, to Snowden.